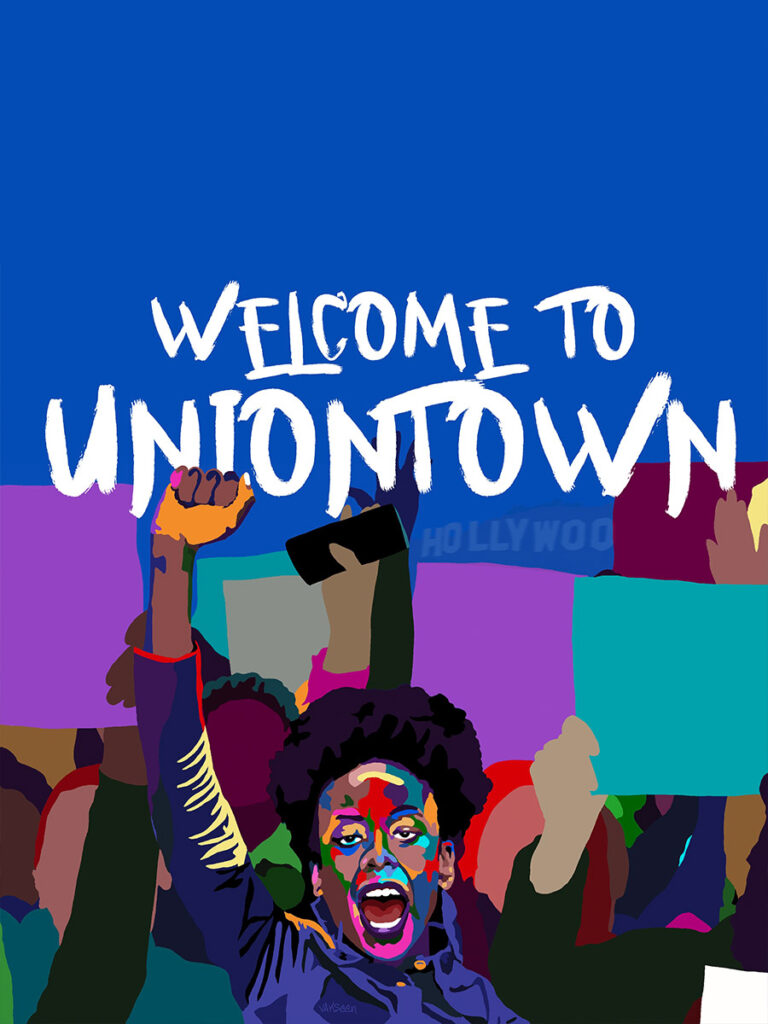 On today’s new episode of Welcome to Uniontown, we’re joined by James P. Hoffa! Leading the International Brotherhood of Teamsters since 1998, he is the second longest-serving President in Teamsters’ history.

We journey into the past to his days as a football player, take a look at the evolution of the Teamsters during his leadership, discuss the war on workers, and get his thoughts on the Trump administration and Election 2020.

A podcast from the Los Angeles County of Labor, AFL-CIO.
Produced by Hugo Romero, Christian Castro, and Scarlett Ying.
Music: The Nightwatchman – Union Town. Special thanks to Tom Morello (of Rage Against the Machine and proud AFM Local 47 union member) for providing us with the music from his solo project.
Art: Otha Davis III aka Vakseen

Check out our other episodes of Welcome to Uniontown!