Build Back Better With Unions: Pass the PRO Act 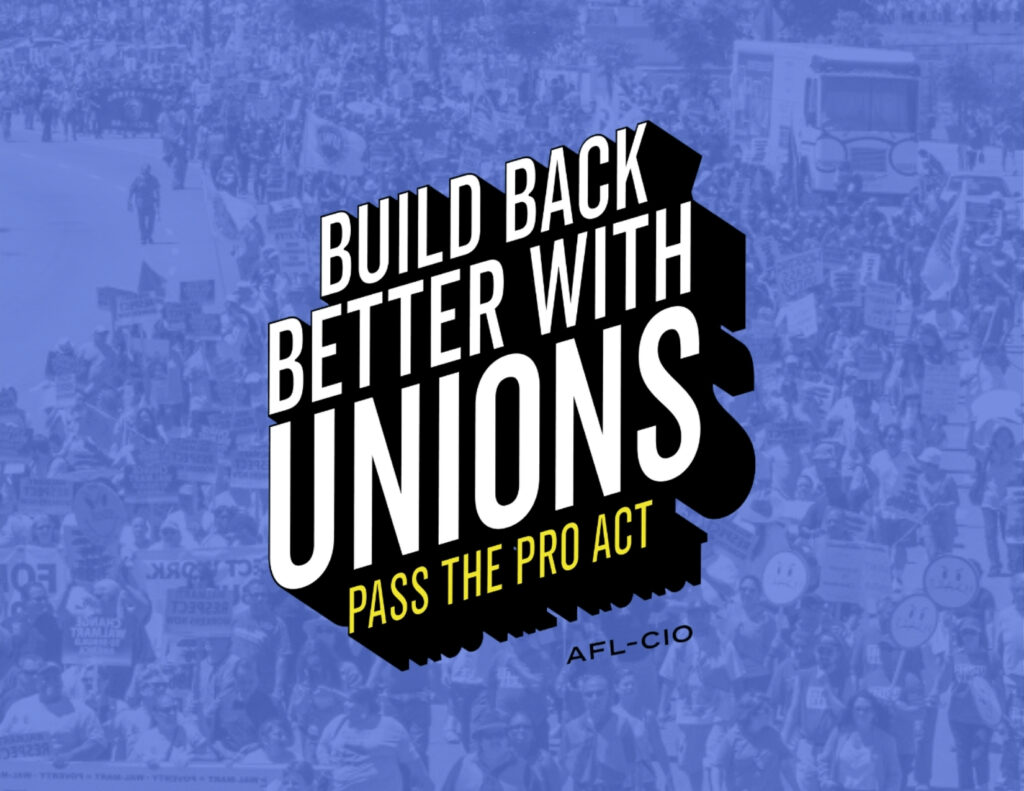 Thank you for sending in your letters of support to your House Representatives. The great news is the House passed the PRO Act for a second time on March 9, 2021!

Phone Back in Solidarity with Arizona Labor

Only 3 Democratic Senators have not expressed their support for the PRO Act including BOTH Arizona Senators. Join us as we phone bank Arizona union households and union supporters, asking them to call on Arizona’s US Senators Kyrsten Sinema and Mark Kelly to support the PRO Act.

The AFL-CIO has compiled great resources and materials to help you learn more about the PRO Act and let others know to contact their elected officials.

Outdated labor laws have hampered our fundamental right to join together and negotiate for better wages, benefits and working conditions. The Protecting the Right to Organize Act will empower America’s workers and make our economy work for working people.

Lawmakers gave us their word they would make the PRO Act a top priority. It’s time for them to keep that promise.

The PRO Act is the cornerstone of the AFL-CIO’s Workers First Agenda and a priority for the Los Angeles County Federation of Labor.

If it passes, it would:

Stronger unions mean higher wages, safer working conditions and dignity for all people who work. The PRO Act is our first step to get there.

Show your support with a letter directly to our CA Senators (using the form below) and tell them to vote YES on the PRO Act!

Build Back Better With Unions

Tell Our Senators We Need the PRO Act

(It takes less than a minute!)