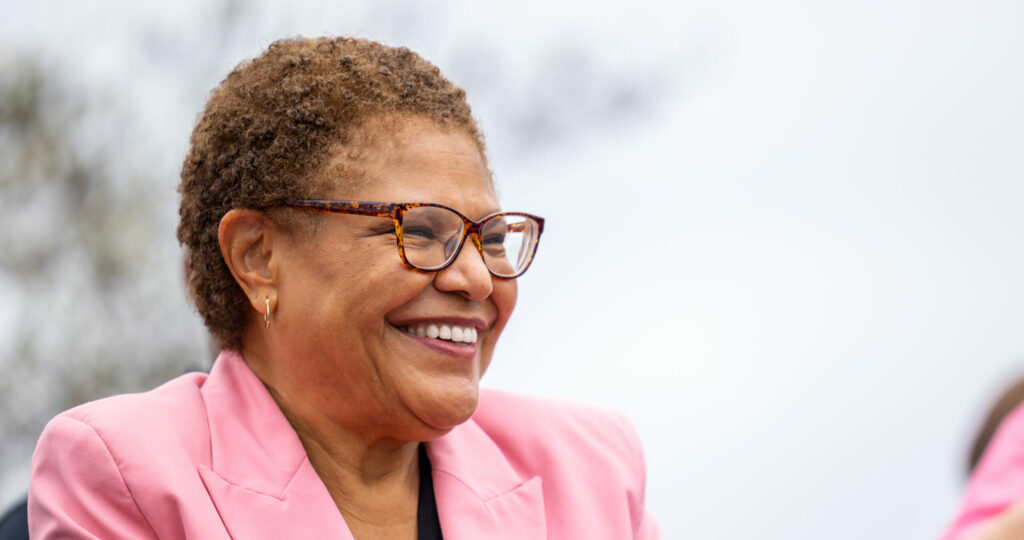 This mayoral race is historic for reasons greater than Bass being a woman. This feat was made possible by the people who make our city run: our workers.

While Caruso boasted his billions with one of the most expensive campaigns in any LA City mayoral race in history, Bass organized a powerful grassroots movement she herself has been a part of throughout her career as an organizer in South LA.

Bass’ impressive political career earned her not only the trust of the people, but the support of President Biden and Vice President Harris. Before becoming Mayor-Elect Bass, she was Congressmember Bass and made history as the first African-American woman to be Speaker of the California State Assembly in 2008. Since then, she was awarded the John F. Kennedy Profile in Courage Award in 2010 for her leadership in bringing the California State Assembly together to address the financial emergency during one of the state’s greatest economic crises since the Great Depression.

Mayor-Elect Bass is just getting started. “Day one, if I have the privilege and honor of being elected mayor, there is no question, that day one is declaring a state of emergency to address the people who are on our streets,” she told CBS Los Angeles in an interview last month.

Along this vein, she understands that the working people of Los Angeles need better working conditions, higher wages, and affordable housing to live a life where they more than survive, they thrive.

The Los Angeles County Federation of Labor is honored to work alongside Mayor-Elect Bass to ensure LA remains a #UNIONTOWN!