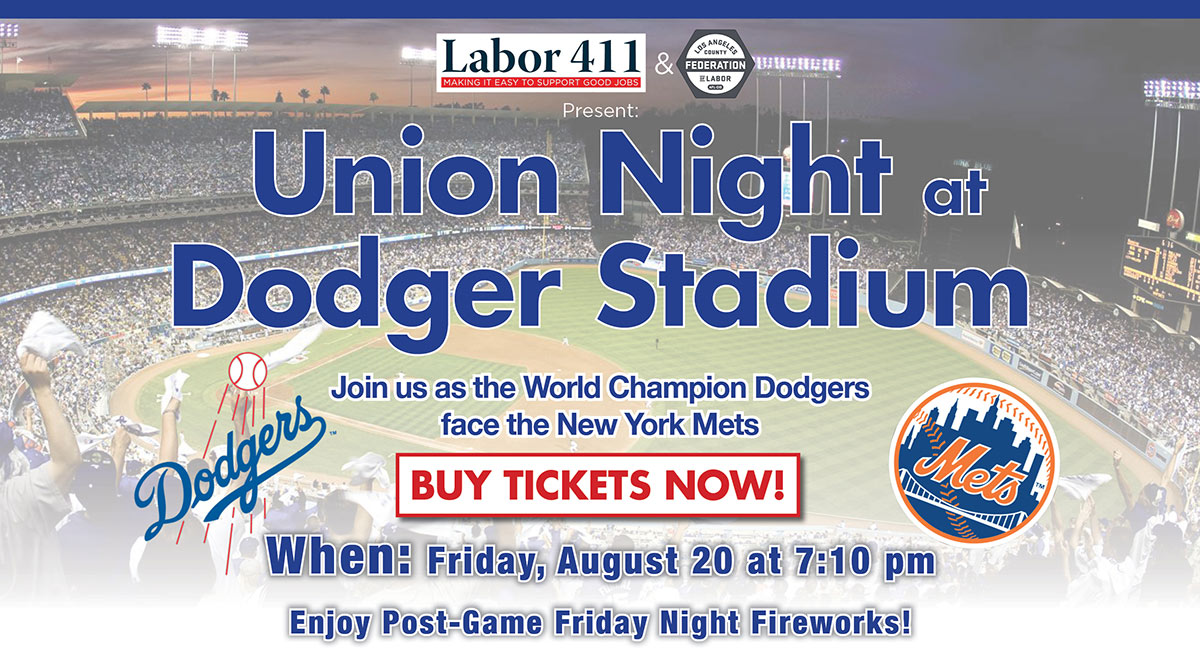 Join thousands of your union brothers and sisters from across the city as we root the World Series Champion Los Angeles Dodgers to victory. This summer celebration of solidarity at magnificent Dodger Stadium will feature a special pre-game tribute to labor.

The Dodgers will be facing the New York Mets in a matchup of playoff contenders and your ticket includes a special Union Night t-shirt.  Stick around after the game to witness a spectacular Friday night fireworks show.